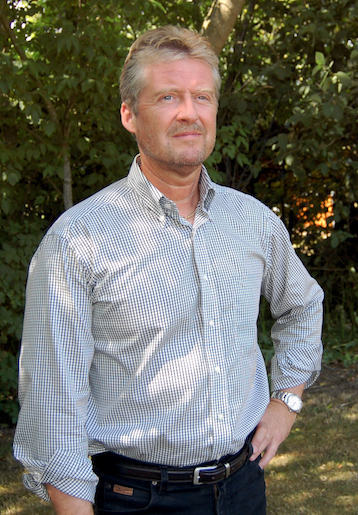 Pauli í Sandagerði, born in Tórshavn 1955, is a science teacher. His musical education was built up bit by bit, under various teachers. His earliest interest was in playing the piano, but with time, working with choirs and composing superseded this, and it is as a composer that he is best known.

In recent years Pauli has been choirmaster for several revered choirs. One of these choirs, Cantabile (girls), is perhaps the busiest choir in the Faroe Islands. Cantabile has been very well received in many countries from Norway to Greece, and on tours the choir has worked with a number of famous opera singers and orchestras from many countries.

Pauli í Sandagerði has been one of the pioneers in Faroese musical composition.

His first big work - Sonata for piano and flute in 1976 - was very well received; for example, William Heinesen wrote "...It was obvious that in this there was creative imagination and poetic depth.... It is great joy that such music is being created in this country, where we have excellent songs and choir music of our own, but until now had no Faroese instrumental music." And in 94 Deeside Piper and Herald wrote: "Perhaps most impressive was the extract from Sandagerði's mass, Jesus and the Macedonian, which had a sound and musical atmosphere of epic proportions.."

In recent years Pauli has received numerous expressions of appreciation as well as some prices in different competitions. He took the first price for his, Tango non Argenti, in a competition arranged by the Jacob Gade Festival in Denmark in 2002.

In 2009 Pauli won a competition to compose a hymn to be played nightly as the sculpture Maren o æ Woun, a bronze sculpture by the artist Alberto Giacometti, is lowered in to the ground. He was among 41 composers in the competition. Read more at Marens Venner.

Although few of Pauli í Sandagerði's works have been published, many of them have been played at concerts and on radio in many countries; for example, in Norway, Iceland, Denmark, Sweden, England, Scotland, USA, France, Japan and Greece.

However the increasing number of commissions from many countries indicate the growing interest for Sandagerði's music - and almost every year you can find some of his works recorded on CD by various artists.

The music which Pauli has composed is very varied and also varied within each category, but in most of the detail in each composition - no matter what kind of music it is - there is a trace of heritage of the Faroese song from the sea and the land, the church and the dance. 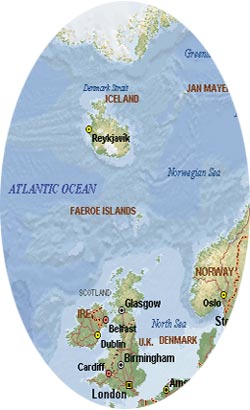 Faroe Islands do not look like much on a map! But when zooming in on this little spot you will find 48.500 people and an admirable cultural life.